The results of Secondary Education Examination (SEE) of Grade 10, which used to be called as School Leaving Certificate (SLC) exams in the past, published today. The exams were conducted in 1,923 exam centers from March 16- 24 across the nation. According to the National Examination Board (NEB), a total of 538,182 students including technical groups were registered for the SEE. Among the total number of registered students, 468,400 are regular students, 50,873 partial grade promoters, and 18,909 exempted students from the past SLC exams. Out of total students, 278,450 are girls while 259,732 are boys, according to the NEB records.

This is the first exams of Grade 10 at the regional/provincial level after the implementation of the eighth amendment to the Education Act 10 months ago. The Education Act has provisioned the SLC exams to be held in Grade 12 as the School Leaving Certificate Examination (SLCE). The SEE has been decentralized in the five development regions, with five different question sets. “The SEE should have been conducted in the seven provinces. But it could not happen due to lack of NEB bodies in the federal states,” said the OCE officials. “The name of the exams has been changed but it is equivalent to the past SLC exams.”

The Act has provisioned holding the Grade 8 exams by the district boards, Grade 10 exams by region/province boards and the Grade 12 exams by the national board.

It is the second time that the letter grading evaluation system was practiced in Grade 10. According to the MoE, the letter grading system will be gradually enforced in school level exams from Grade 1 to 12. The system is being implemented in Grades 9 and 11 from this year.

Students who have registered in the TSLC offering institution within 2054 to 2068 but could not complete the level are eligible to participate in the exam. The examination will be held in Shree Adarsha Secondary School, Sanothimi, Bhaktapur. 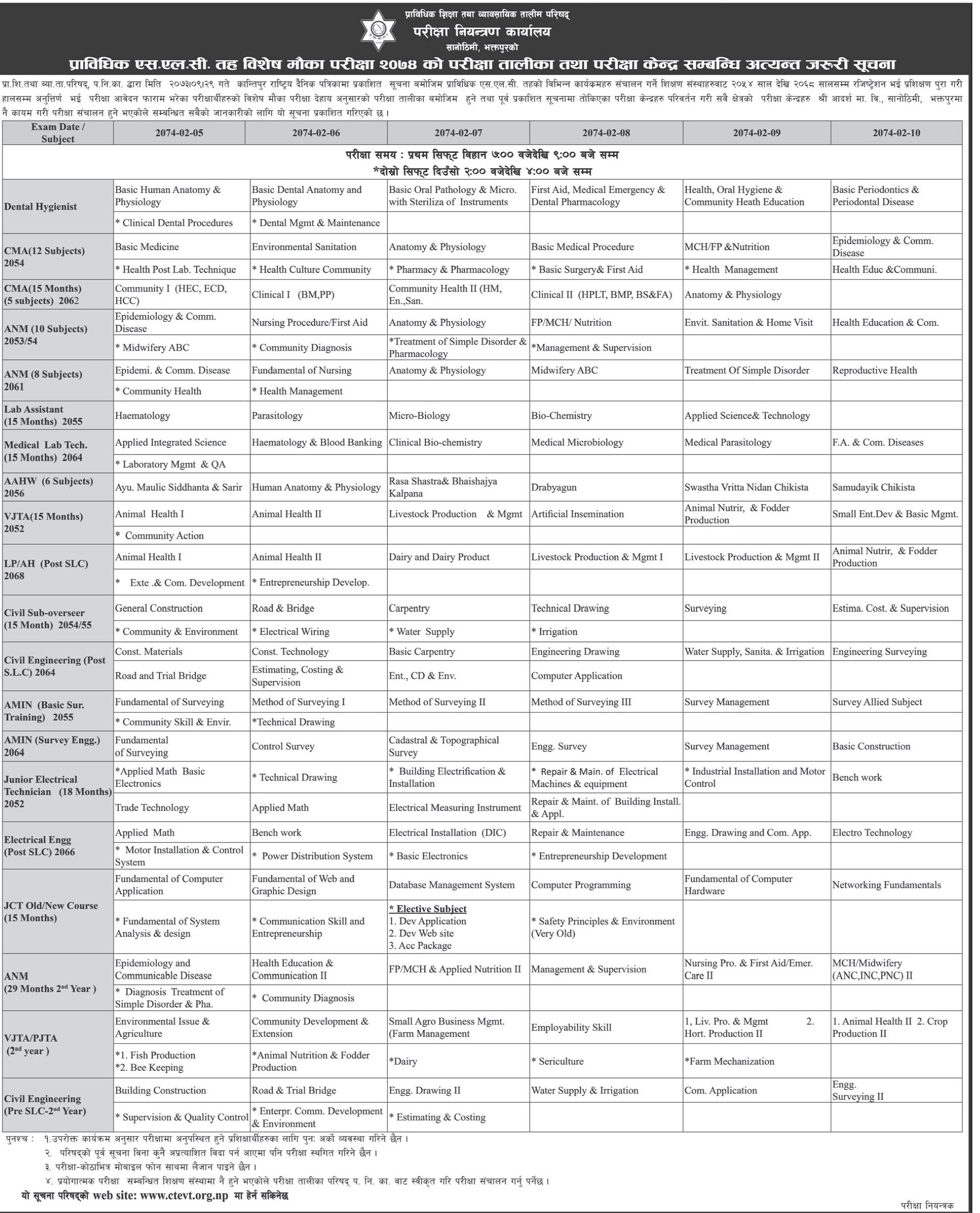 Office of the controller of exam, Bhaktapur is in very last instruction of publishing the consequences of SLC. Consistent with the reputable source at SOCE, they may be preparing to put up the result inside third Ashad, 2073. END_OF_DOCUMENT_TOKEN_TO_BE_REPLACED